Something to reflect on when studying the word of God, is how important a role prophecy has played. In my Christian fiction, The Last Saint, I allude to what could be a tremendous study:

“Fulfilling prophecy is one of the most compelling ways the Bible has demonstrated
that it is the word of God. It has uncannily and accurately predicted future events, often in minute details. Christ fulfilled many Himself; from where He was born to how He died. Specific prophesies are conspicuously absent from the twenty-six other religious books that claim to be scripture, including the Muslim’s Koran, the Book of Mormon, the Hindu Vedas, and Buddhist writings.”

One of my favorites is the prediction that the Messiah would be born in the inconsequential town of Bethlehem. In Micah 5:2 it says, – But thou, Bethlehem Ephratah, though thou be little among the thousands of Judah, yet out of thee shall he come forth unto me that is to be ruler in Israel; whose goings forth have been from of old, from everlasting.-

These words were written over 700 years before Christ was born! That fact alone, if dwelt upon with the proper understanding, should move any heart to fear the Lord.

But there was another prophecy, from Christ’s own mouth. A warning, given in Luke 21. He said, 20 “When you see Jerusalem being surrounded by armies, you will know that its desolation is near. 21 Then let those who are in Judea flee to the mountains, let those in the city get out, and let those in the country not enter the city. 22 For this is the time of punishment in fulfillment of all that has been written.

The event that took place 40 years after the death and resurrection of Christ was called the Flight to Pella. 40, the number used by God to denote longsuffering, sacrifice, tumult, waiting, spiritual growth, patience, was also the exact amount of years given to Israel before it’s destruction, and the decimating of its temple. Strife between the Romans and the Jews was escalating, leading from revolts up to full blown rebellion. To squash the rebellion, Titus entered the city in 70AD, and during the assault, killed over 1,000,000 Jews. The Sanhedrin was disbanded, the temple was no more, and the Jewish way of life would never be the same.

But the Christians of Jerusalem? They were gone. Some had left before as uprisings grew in intensity. But many fled just before, based on the warning of Jesus in Luke’s Gospel. They fled over the river Jordan to Pella, and there, remained safe from the invasion of Rome.

This event not only tipped the balance of power and momentum towards gentiles, and the Christian church, but  prevented the Jews from being able to produce a verifiable messiah from that day forth. The records were burned, and destroyed, and the lines of David were lost. One of the line of David had already fulfilled God’s purpose, and now there was officially no way for the Jewish leaders to prove anyone who came after was in fact of the correct lineage. Ironic that the very destruction of that lineage was foretold by the one who already fulfilled that particular prophecy.

And so, with the heeded advice of their savior, the new Christians of Jerusalem would jettison the city before Roman invasion, saving the truth of the word from being snuffed out before it ever got underway. And with Christ’s words from Luke, we can ascertain that this was most definitely prophetic, and by design, so that the world might come to know the Lord, Jesus Christ. Without that warning, the Christian movement may have been destroyed with the city of David, and the power of the Kingdom of God may have been compromised. But He holds the pillars of the earth firm, and all works towards His good will.

It is interesting to contemplate the “what ifs”. To be awestruck at the perfect wonder of fulfilled words of our Lord. But one thing we cannot do, once knowledge of the word has reached our ears, is deny that a marvelous work was done, and done for our sake, so that the good news of Christ could be spread to the ends of the earth despite barriers, even such barriers as a Roman army. To deny this, is intellectually dishonest, and is turning your back on true history. The truth, the real truth, is scary; but hiding from it is worse. 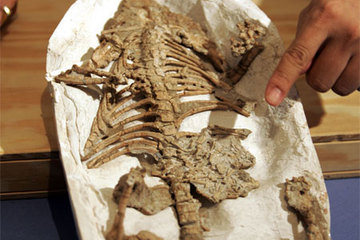 The creation model, and therefore the model supported by biblical scripture, is opposite the deep-time model. People don’t often realize this. They assume that young earth creationists are fuzzy on some facts, but we all kind of agree on the basics. We just won’t let “real science” disturb our unqualified beliefs enough to move the time dial.

I am here to tell you that the disparity between the two models is huge, and stark, and contrasted. So as not to cover the same ground, feel free to read my article “Let’s be clear… It’s a Young Earth” at this link.

Is it a surprise that the world’s view would look so much different than the Biblical model for creation? To even be exactly opposite of what man has ordained as truth in our education system, and our universities? It does not surprise me, and in fact, it is the expected norm. The next paragraph contains some bible verses to consider, by no means complete, but a sampling of passages that illustrate this enmity.

Of course this diametric opposition pertains to many considerations, but today we focus in on that first moment of creation. I have gone over the laughable theory of the Big Bang, and protest to the highest degree that it is still taught when all of creation screams of design. But here are the opposites for you in plain view, and the reasons why these models will never be compatible, and are clearly believed based on a person’s starting point, a point Christians are willing to concede, but one evolutionists refuse to see.

As you can see, the viewpoint is tremendously different. There isn’t a lot of room for Christians to compromise without undermining the word. Now, for all of you science nerds out there, don’t panic. The word, and the creation model is perfectly compatible with science, and I dare say more so then the evolutionary model. What we observe, and can prove fits beautifully with the history the bible provides, and is demonstrable through almost every branch of science. That is why the number of believers in intelligent design is growing throughout academia. And it is why evolution, the big bang, and molecules-to-man theories are on their heels.

While in church this Sunday, we were studying Mark chapter 10, which contains one of the many instances where a person in scripture refers to the history of Genesis. In this case, it was Jesus Christ, God Himself, who stated in Mark 10:6

“But at the beginning of creation God ‘made them male and female.”

This is Jesus talking, the savior. Often times during debates, or listening to testimonies, I hear that people have come across pastors, elders and the like who have dismissed the Genesis account as ‘just a story’. I’m sure everyone reading this has had experience with that; how they just teach us lessons; how it isn’t the main focus; how it doesn’t matter, as long as you believe Christ.

So, you are telling someone who is searching for reasonable, legitimate hope in this crazy world, no don’t believe this over here, but you have to believe this over here. And then that journeymen comes across Mark chapter 10 and what happens? Christ says, in the beginning God made them male and female.

In evolution theory, the beginning of life begins with one celled organisms around 4 billion years ago, the unfathomable magic of time to influence students that given enough of it, the physically impossible can take place. But sexual reproduction does not evolve until 1.1 billion years. That isn’t people, mind you. It is simply the first sexual reproductive event. Man and woman, well they arrive on the scene much later, between 1 and 5 million years ago, depending on who you ask.

But Christ said they were male and female at the beginning. This is a rather large disparagement, wouldn’t you say? A difference of about 3,995,000,000 years between when Man and Woman appear and the “beginning”. So clearly Christ was lying, yes? Clearly He also was just telling stories? No, I’m afraid not. Christ was pointing to the historicity of the Genesis account, and based on that actual history, was applying it to our lives today. It is clear from Christ here, along with many other verses, that the New testament writers fully respected the historical accuracy of the venerated Torah, Moses’ account of the beginning.

Keep in mind that Christianity has many theories on how to conform with man’s proposed timeline, ways to compromise the biblical account in order to acquiesce to evolutionary theory. There is theistic evolution, gap theory, day-age creation, and several others. But as we have learned in Timothy All scripture is given by inspiration of God, and is profitable for doctrine, for reproof, for correction, for instruction in righteousness. And taken as a whole, every one of these bible-compromising theories falls short. Does your salvation depend on it? No. But you’d better be able to explain the inconsistencies when you approach a non-believer who is searching. Because if they don’t believe the beginning, there is really no reason for them to believe the rest.

And in the case of Mark chapter 10, you either have an All Powerful Creator God who disagrees with materialism’s theory of molecules to man, or you have a very confused deity, who likes to speak in fables, and folktales, to issue his opinion on how best to live; who is flummoxed by real science, real history, and has chosen to deceive His followers in order to make a point. He didn’t know man would eventually find out the truth, and that he would be 4 billion years off in His assessments about time. He chose to take old testament patriarchs at their word,  and either didn’t know or didn’t care that His views would eventually be outdated religious ramblings.

Christ never allowed for the compromising of the Word. Ever. He fulfilled it. It is a sword. The watered down, take-parts-you-like version of the word of God is not intellectually honest, and atheists know it. We must stand with conviction and courage on the word of God. If they disagree with part of it, make them disagree with all of it. But if Christ didn’t allow for the compromising of scripture, then we shouldn’t either. If you allow for the beginning to be false, you inadvertently throw all of its doctrines into question, and that is thorny ground.