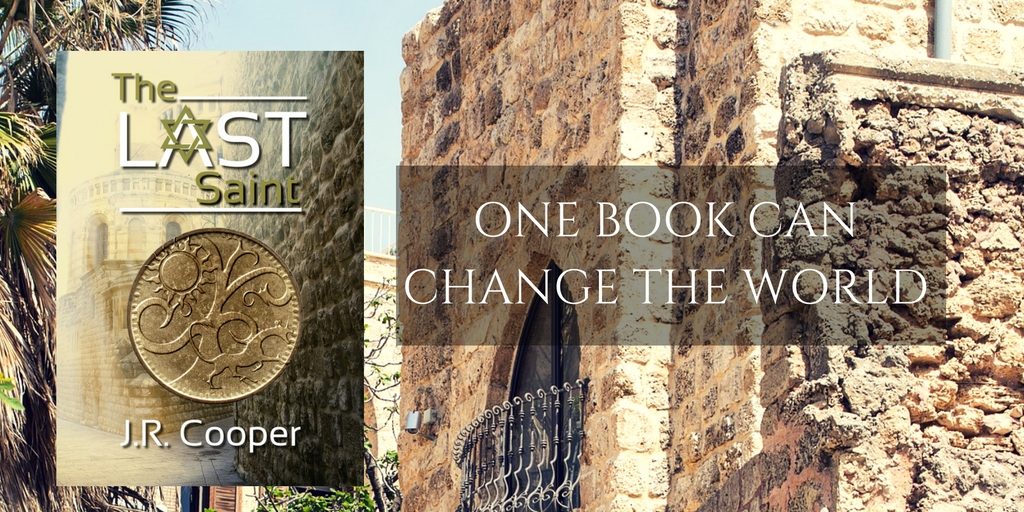 Olivia never believed as Lincoln did. He would come home
from church or from a class and start pouring out facts and bits
of trivia, only to see his wife’s eyes glaze over as if to say, “Here
he goes again.” She would almost roll them, but after many years
of eye rolls and witnessing the disappointment that followed, a
practiced gaze of empathy had been perfected. They found this
city, and uncovered that temple, and it all fits with the Bible… he
would explain, with Olivia counting down the seconds until
Lincoln jacked into the home’s office-hub to pour it all into his
book—his diary. The end of these enthusiastic monologues were
always met with a great sigh. Now, after seven years of marriage
broken up by three military tours, there was palpable spiritual
distance between the two. To feel emotional oneness and
physical compatibility only to be denied the spiritual closeness
he yearned for was frustrating. But he did love her. They kept
putting off the possibility of kids. She didn’t want to force God on
a child. Instead, did a child not deserve to grow up without the
mindset of the parents? To be free to think as he or she pleases?
Lincoln, conversely, passed all of his views and opinions through
a biblical filter, and there was no separating them. As time went
on, they had found it tougher to joke and be playful; tougher to
make financial decisions; tougher to agree on the social issues of
the day. Olivia always considered the Bible just a bunch of
stories, and it was baffling to her how an intelligent man like
Lincoln could buy into such ludicrous tales. But he was in love
with a fantasy, so she chose to navigate around it as if it were
merely an obsessive hobby. But it was changing him. Changing
them. There was enmity now, an invisible chasm that neither
could stitch together.

He practically flung the diary at the open mouth of the
mail-bot when departing the post office. The two unusual men
wasted no time reestablishing the tail, following Lincoln north
into the marketplace. They did a decent job blending with the
crowd, but their intensity escalated proportionately with
Lincoln’s speed. And adrenaline will certainly quicken the feet.

“I need my pistol.” As he spoke the words aloud, the gravity
of the situation bubbled over into fear. Deciding it was time to
take the chance, he blasted into a run like a bolt from a crossbow,
ducking through the shopkeepers’ alleyways and corridors. The
tail followed suit, and between breaths he heard their snarling.
Those wet, grotesque mouths. And did they file their teeth? Why
are they so pale? Another joined the chase, forcing the footrace
into a sprint that slipped past clothes racks and knocked over the
local street vendors’ food pyramids. The pretense was fully shed.
They were coming.

The army reserves had inspired an athleticism in Lincoln
that never left. So many miles logged—both running and
marching—so many iron plates lifted. He and Olivia excelled in
physical fitness and agility. On the spiritual battlefield things
weren’t always eye to eye, but their training had always been
magical. Olivia ran and kick boxed; Lincoln preferred climbing
and cycling. When they’d lift weights together, the healthy
competition was fierce. So, why were these pursuers gaining? He
was fit, strong, and able to perform at a moment’s notice. How
were these pale, wheezing figures closing ground? Digging for
every iota of physical prowess created no extra space. All speed
and screaming, like rabid animals, the creatures hurdled the
same carts and threaded the same lines of bystanders. Their
body types were not fit, but after blocks of running, none tired,
save Lincoln. And through it all, they howled the whole way.

Tight corridors in this sprawling mess of an ancient city
were almost impossible to navigate, even if one wasn’t in a
panicked dead run. For Lincoln, the decision to cut left down an
alley proved the last one he would ever make and brought a swift
end to his growing ministry. The old stone wall demised the alley
halfway down, preventing any chance of escape. The frothing
men that plowed beyond physical capability were immediately at
his back, celebrating the hopeless dead-end with fury through
burning lungs. Scanning the grounds for a weapon proved
fruitless, as the rooftops began to fill with more manic, pale
bodies. What had he uncovered? Lincoln turned to face the first
three, sweating and breathing through his mouth. Swimming
through his mind were hundreds of things he would never get to
do. Kiss Olivia again. Drive that Ford Scythe that he had his eye
on. Be a dad.

The possessed men got close, throwing their arms open
and spreading across the width of the alley while intermittently
rifling off shrill, piercing screams. It was like the sound of a train
grinding on its rails to stop. He could see their eyes now. Grayed
out. Dull, but focused. On him. Cracked lips pursed in savagery,
revealing teeth that were certainly formed for scaring, or tearing,
or both. A shriek descended almost on top of him, followed by
another, preventing focus in any one direction. They threw
themselves down from the roofs. The first body landed to his
right with a thud. The flat smack against the stone jarred and
severely winded it. It clawed the ground with great gasps, too
damaged to rise up. The second hit behind Lincoln with the
snapping sound of a large branch. That was its leg, no doubt.
Another jumped from a roof, landing behind the three in the
alley. The ones that had fallen were frenzied and bleeding. The
closest was a convulsing, writhing mess attempting to close the
gap by standing on its shattered leg. Lincoln smelled its rage and
frustration. The other wheezed and clawed along on its belly,
desperate despite how badly its body had been impacted. Lincoln
looked up as the rooftops filled. The drone had called in his
position. So many converging. Some were women. Some barely
more than children.

Lincoln harbored no delusions as the mob circled. This was
where his story ended. He fought the good fight, but was
overpowered in that lonely alley by sheer numbers and surreal
strength. Teeth sank in, elbows and fists rained down, damage
hailed from every direction. A torrent of strikes landed with
maddening force, taking his consciousness and filling his every
sense with thick destruction. His last thought before all went
black was of Olivia. But not in fondness. In worry. He muttered
his last words, “Please God, count her among your sheep.”

To order your copy, printed, or on e-book (limited time only $4.99) please go to amazon.com and order today! Please share intro with friends if you feel they would enjoy a fast paced Christian Fiction! Thank you and God Bless.