“His name came up during my analyst team’s search for an expert in the field of obstetrics.” Chris Devereux was even keeled in his delivery. There was no longer the weight of navigating protocols and politics upon his shoulders. This was a free man. “I didn’t know we would become so close. I suppose I didn’t realize how distant I was from everyone until we met.”
“How close did you become with Dr. Riley?”
“In the short time that I knew him, hmmm, that’s a tough question. I will say he had a terrific impact on my life. On who I am, and what I believe. I owe him everything.”

“I understand that you were friends, but how do you justify that statement, ‘owe him everything’.” The questioner adjusted his glasses as he and his associate typed Christopher’s responses into their e-hubs. The room was cold, and clinical. The wall to Chris’s right was a one-way mirror, and Chris found himself wondering if there was anyone observing from the other side that had dealings with him in the past. As an Analyst in Charge for the Atlanta Accountability Office, he had often flown up to the Hill to debrief with members of Homeland Security often.

Chris leaned in and spoke plainly, “I was blind, but now I see.” He rubbed the stubble on his chin, such a contrast to the classic Oxford refinement that had been so axiomatic for 16 years. He had lost weight since going off the grid. Less drinking, less sedentary. He looked good, a fit frame, square jaw line, and engaging brown eyes that had seen through lies for an entire career.

“With him gone, why did you come back to D.C.? Was it for,” the interviewer’s finger swiped through files, “Cassandra? Cassandra Hale?”

“Yes. Last time I talked to Cassie, I told her I would find her, and explain to her why I left and went off grid.”

“Well Christopher, that is precisely what we would like to know. You realize disseminating that report, how you wrote it, how you went to the news. You personally caused the deaths of thousands of Americans. You are looking dead in the face of treason charges. Do you understand that?”
“I understand that that is Homeland Security’s perspective. Yes.”
“So you deny causing the deaths of thousands of people?”
“Is this office blaming me for the actions of thousands of people who are free to act as they wish?”
“For inciting riots, smart guy.” The associate next to the guy-with-glasses finally spoke up, and was sternly announcing his presence.
“I do not mind sharing the details of our case, sirs. And if it is the choice of this office to lay the blame for this country’s reaction to the truth at my feet, then so be it. But whether it came from me, or from the failure of Platinum Labs to deliver a cure in the previous weeks, you know that this country was already set to rip itself apart. But I understand this office needs a scapegoat. I find it strange that I am it, but what are you going to do, right?”
The stern associate interjected again, “Do not accuse this office of drumming up some strawman to burn at the stake for the sake of quelling the masses! You know very well the parameters of your position as Analyst in Charge, and you broke the law!”

Glasses-guy stepped on his associate’s sentence with his own calmer brand of accusation, “Chris, Chris. At this time, we are charged with ascertaining the facts. It isn’t about guilt or innocence yet. Yes, I’m sure there will be a trial, and I am sure you knew what laws were being broken at the time you chose to break them. Clearly you felt justified in doing so. We will get to that.” He adjusted his glasses again, letting the tension wind down a bit from his partner’s aggression. “You have been nothing but cooperative, and we have no reason to believe you will stop being so. Let’s just start with the initial work order matrix. You were commissioned by Congressman Dumas from Tennessee to conduct an analysis of Platinum Labs, is that correct?”

Chris looked at bad-cop, and then at Glasses, wondering if they had planned their approach in the hall before entering. “May I have a coffee? I imagine we will be here awhile. We might as well make ourselves comfortable.”

Glasses leaned back and to the left, and spoke to the mirror, “Can we please get a coffee in here for Mr. Devereux. Terry? Coffee?” Bad-cop nodded. “Just make it three coffees please. Thank you.”
“Yes, it was the Congressman from Tennessee that initiated the request. But it wasn’t Platinum. It was a branch of Platinum, the RIGHT Project. It was Alex Dumas’ opinion, one which I ended up agreeing with, that several people from within the government had hooked their wagons to the inevitable fiscal success of Platinum through this new project. He was pursuing his own political options to weed out corruption surrounding the project, but our specific task was more refined in nature. It was to investigate the chances of the RIGHT project to save the human race.”
“And for the record,” said Glasses, “state what the RIGHT Project is, please.”

“RIGHT stands for Recovery Initiative for the Genome of Humanity Team.” 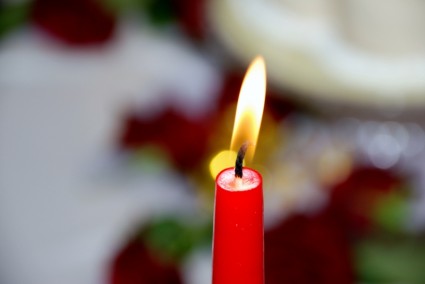 (Back Story: The Last Saint)

“You don’t think it would be an amazing adventure?”

“I think it would be an expensive one, if that’s what you mean?” Olivia chided Lincoln’s attempt to entice her, and not for the first time, to consider a trip to Israel’s holy land. “It just isn’t in our budget, love. It’s output versus reward. At the end of the trip, we’d be $20,000 further from being in the black, and have 200 digital pictures in a file on our E-hub that we never look at.”

“You are looking at it wrong.” Lincoln set himself sternly facing her. He almost faltered against the glare he received, as she reacted to his insinuation. She was obstinate, surely, but from time to time, despite the deep love for his wife, Lincoln chose a battle to stand his ground. Their mutual respect for each other prevented catastrophic blow-ups, but with the self-control exercised by each, came the ratcheted-up, unresolved tension that could last days. “It isn’t just a vacation. It is part of history, of heritage. From that place grew almost every belief and law and value that this country used to hold dear. Most of that history you can’t even find anymore because of the Purge! It isn’t for the pictures. It’s to stand somewhere special!”

“I just got you back from overseas! Are you not somewhere special right now?!” Olivia wondered loudly.

“No, you schmuck! Home! Here! With me!” Olivia about-faced and walked from the room, leaving Lincoln standing in their living room to consider her absence, and all that it implied. He heard the tires screech as she pulled from the garage, and as the engine reported back her growing distance from their condo, he sighed audibly, and collapsed back on their couch. “I guess I won’t be going to the gym with you then.”

Why was this so difficult, Lincoln wondered. Only back from military duty for a few days, and already the fondness caused by such a long absence had withered. “I should have known better than to bring up religion again.” It happened every time. Such a wall there; something so repellent towards his love of biblical studies.

Lincoln made his way to the study, calling to the house, “Lights at 35%.” They dimmed to his specifications as he slumped into the desk chair, dejected, and jacked in to the e-hub. “Pick up where I left off” The private journal file appeared on screen. This journal was kept off the Sky, the world’s cyber-drive. He could see at the lower right he had several more requests for the growing collection of material. The Purge had caused quite a demand within certain circles.

Lincoln Fischer focused his energy on research. Olivia would be gone awhile, and he could get a good bit done before trying to salvage the evening. It was an easy escape, a love of something mysterious and complex, that wanted to be discovered. But was Olivia not just such a mystery? So lovely, so full of fire.

Lincoln bowed his head at the desk, “Father, please help me to be a better husband. To find a way to love and respect my wife on terms she will understand. For us to find common ground, hopefully, eventually in spiritual matters, but not just that. Let her… please just let her see my love for her, in all I do; in my actions towards her. And please, help her to to see Christ in my life, and help it to soften her heart. She is so strong, and so brave, and I love that. But, Father, though she has these characteristics, I know deep down, she will need humility too. To finally see what I see; to be in awe of you, and in that new knowledge, realize her need for your grace. I don’t know… I don’t know what will… just help me Father, be who I need to be for her. Amen.” The screen was sleeping when he opened his eyes. Lincoln stood resolved to love his wife through this spat, and made his way to the kitchen to prepare a candlelight dinner.

(To find out the fate of Lincoln and Olivia, read The Last Saint by J.R. Cooper, out in only a few days on amazon.com or here at www.jrcooper.org available for pre-order now!!

My first novel, The Last Saint will be coming out this month. I am currently setting up payment methods for any who want to have the book shipped to them. Or it will be available on Amazon.com once released.

The Last Saint by J.R.Cooper.

I am very proud to bring you this work of Christian Fiction. In it, Olivia Fischer seems to have it all together. Smarts, beauty, and a strong husband who is passionate about serving his country. But the arrival of her husband’s diary from overseas, coupled with his mysterious murder, throws Olivia’s comfortable life into a chaotic and dangerous search for answers. World events have been set in motion, events which will impact every citizen on a global scale. One book holds all the answers.

In The Last Saint I explore eschatology from a biblical world view, shining light on tough questions as we weave through a story that unites cultures on the front lines of the battle for humanity.

Look for more updates as we approach a release date. Brought to you by Touch Publishing Services from Arlington Texas. Please follow along here and on facebook at http://www.facebook.com/cooper.author

If this looks like something you are interested in, please help me promote, and tell your friends and family. Should be a great adventure in apologetics.